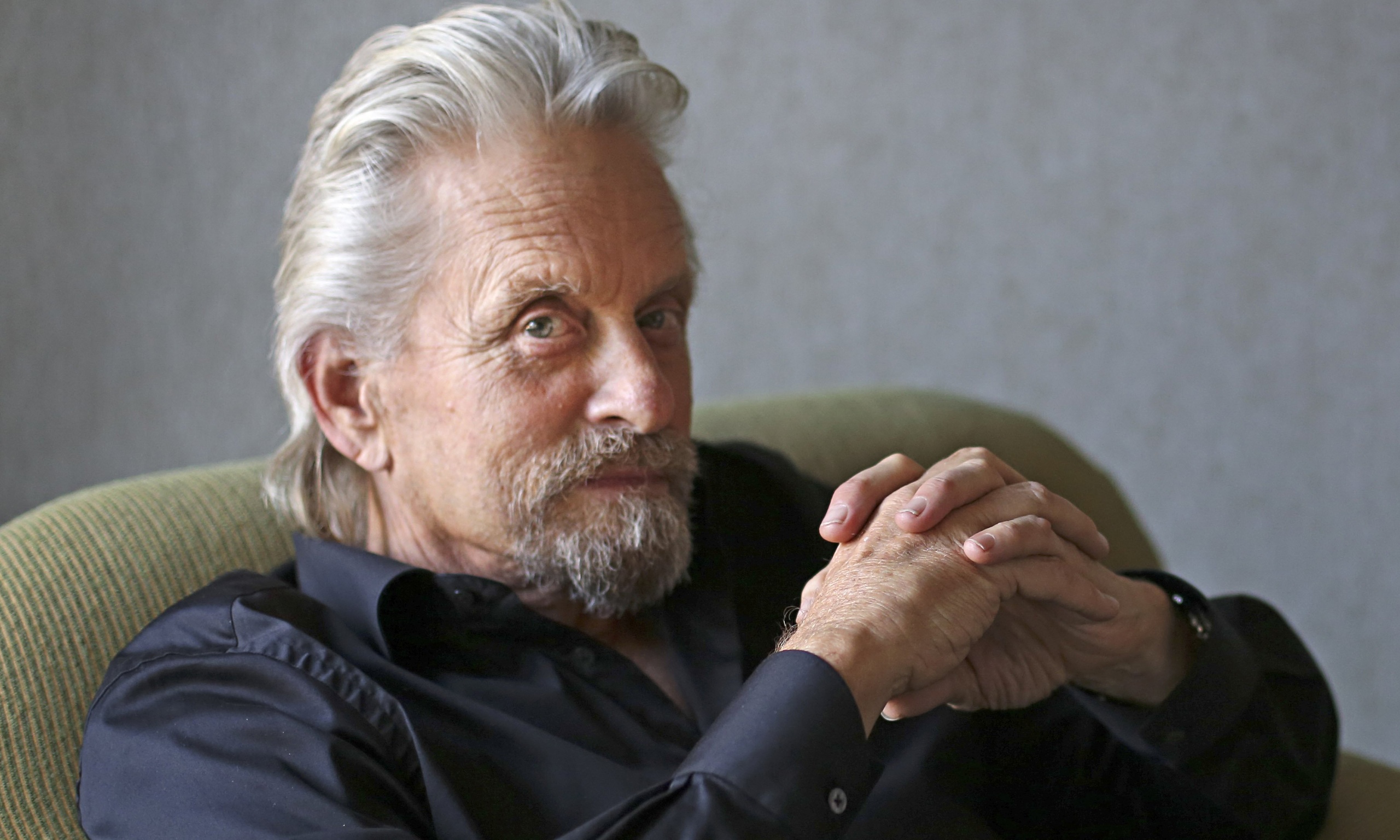 Michael Douglas. Son of Kurt Douglas, (Spartacus). Husband of Catherine Zeta-Jones. Father to three children. Actor. Producer. Award winner. There’s not a lot you can say about Michael Douglas that hasn’t already been said. He’s a bit of an all-round legend really.

After announcing that he had tongue cancer in August 2010, it’s very nice to see him regain his health and put energy back into his acting career over the last few years.

So why are we talking about him this week?

This week sees the UK cinema release of ANT-MAN. This is Marvel’s next calculated risk … but calculated risks have been paying off for them for the last few years, and by all accounts this looks set to continue the trend. The synopsis is typically comic-book-esc – “Armed with a super-suit with the astonishing ability to shrink in scale but increase in strength, con-man Scott Lang must embrace his inner hero and help his mentor, Dr. Hank Pym, plan and pull off a heist that will save the world.”

The always loveable Paul Rudd plays Scott Lang – you may remember him from films like ANCHORMAN and THE 40 YEAR OLD VIRGIN – but you’ll definitely remember him as Phoebe’s fiancée in TVs “FRIENDS”. Michael Douglas plays Dr. Hank Pym – who, in the comics was the original Ant-Man *and* a member of THE AVENGERS.

Evangaline Lilly, (LOST) is also in the cast – as Dr Hank Pym’s daughter – but it’s Michael Douglas that grounds this movie. He brings age, experience and a not inconsiderable amount of gravitas to the story all combined with that trademark twinkle in his eye.

Film number 2 in our #FilmJourney for #MichaelDouglas is a bit of a change of direction from the family fun adventures of comic book heroes. WALL STREET, from 1987, was, perhaps more than most of these types of dramas made at the time, a social commentary on 80s business approach. Directed by the always good, but often controversial Oliver Stone, it stars a young Charlie Sheen as an impatient stockbroker who is willing to do anything to get to the top, including trading on illegal inside information taken through a ruthless and greedy corporate raider, (Michael Douglas), who takes the youth under his wing.

Everyone remembers this legendary scene of Michael’s, from the film:

Gordon Gekko: Teldar Paper, Mr. Cromwell, Teldar Paper has 33 different vice presidents each earning over 200 thousand dollars a year. Now, I have spent the last two months analyzing what all these guys do, and I still can’t figure it out. One thing I do know is that our paper company lost 110 million dollars last year, and I’ll bet that half of that was spent in all the paperwork going back and forth between all these vice presidents. The new law of evolution in corporate America seems to be survival of the unfittest. Well, in my book you either do it right or you get eliminated. In the last seven deals that I’ve been involved with, there were 2.5 million stockholders who have made a pretax profit of 12 billion dollars. Thank you. I am not a destroyer of companies. I am a liberator of them! The point is, ladies and gentleman, that greed, for lack of a better word, is good. Greed is right, greed works. Greed clarifies, cuts through, and captures the essence of the evolutionary spirit. Greed, in all of its forms; greed for life, for money, for love, knowledge has marked the upward surge of mankind. And greed, you mark my words, will not only save Teldar Paper, but that other malfunctioning corporation called the USA. Thank you very much.

The film, though slightly visually dated, is a powerhouse performance from Douglas and well, well worth digging out … preferably on VHS, whilst wearing large shoulder pads and shouting into a brick phone. There was a follow-up sequel made in 2010 with Shia LeBouef, (INDIANA JONES and TRANSFORMERS) and Film Journeys alumni Carey Mulligan, (FAR FROM THE MADDING CROWD and THE GREAT GATSBY), but it didn’t have as sharp a set of teeth as the first film.

Our final film in this journey is one that you may not instantly think of when looking back over Douglas’ career; it’s BEHIND THE CANDELABRA from 2013.

This is a ‘made for TV’ movie – but don’t let that put you off. This is just a big in scope, scale and production values as anything you might see on the big screen. The film is a biopic of Liberace and is based on the autobiographical novel, the tempestuous 6-year relationship between Liberace and his (much younger) lover, Scott Thorson, (played by Matt Damon – THE BOURNE IDENTITY), is recounted.

For Douglas, the crux of the film lay in the battles the couple had to go through, and the realisation for him that, regardless of the fact that he and Damon where two men, the struggles in the relationship where universal to all couples.

This is like no performance of Michael Douglas’ you have ever seen before. He takes his trademark charisma, turns it up to eleven and yet, never goes over-the-top with his performance. It’s a study in pushing the gregarious nature of a character as far as you can, without looosing their appeal or making them becaome a gag.

So, on this journey we’ve seen #MichaelDouglas as a father-figure, a scientist and an original hero, in ANT-MAN; a financial broker, a devious, greedy personification of corporate evil in WALL STREET and a flamboyant, showman rejoicing and struggling with the ups and downs of a powerful relationship in BEHIND THE CANDELABRA.

A varied selection, from a varied career.