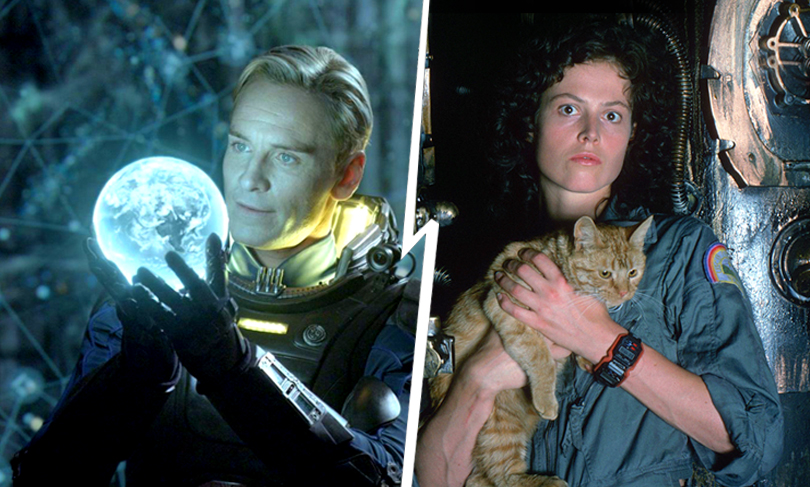 During the run-up to its release, PROMETHEUS garnered huge interest and support from sci-fi fans, Ridley Scott fans, fans of the Alien franchise and fans of Michael Fassbender!

In order to understand why PROMETHEUS was such a big deal for many people, we need a mini history lesson:

In 1979, Ridley Scott directed ALIEN. The world went nuts. Critical reception was good, box office was great and word of mouth was astounding. The film features a crew of a commercial spaceship, being picked-off, one by one, by an alien creature that is hardly ever seen. The tension in the film is still so effective, that 35 years of ever-quicker pacing hasn’t dated it. It didn’t happen overnight, but the film was destined to become a classic. Legendary amongst science fiction fans. It stared – as we probably all know – Sigourney Weaver as a tough, deep-space commercial crewman who had – get this – massive inner strength and, initially, a softer, external appearance. Sound familiar?

Alien was followed in 1986 by ALIENS this time directed by James Cameron. Here the central conceit of the previous film was turned on its head by introducing lots of alien creatures. Instead of the single creature lurking in the shadows, preying on the female – there were now hundreds of them, fighting against a troop of colonial marines. I know – you can’t make this stuff up … except they did and it worked!

After this were two more direct sequels, (ALIEN 3 in 1992 and ALIEN RESURRECTION in 1997); plus a number of franchise tie-is with the Predator series; numerous computer games, books, comics etc. All reaching a point where there was a bit of franchise lethargy with everyone bar the true die-hard fans. It was to this back-drop that Ridley Scott kept saying he wouldn’t return to sci-fi, often quoted as saying that he couldn’t do anything “fresh”.

So, when it was announced that he was not only returning to sci-fi, but that this new film would be in some way linked to the Alien universe, fans got very excited, very quickly. Possibly too quickly.

Now, before we talk about PROMETHEUS and Noomi Rapace’s performance in depth – let me start by saying this. I love this film. A lot of people were bitterly disappointed by it, some even hated it – called it ‘the most stupid science fiction film ever made’. After release the Internet was full of fans ranting over the many plot holes and inconsistencies with their beloved Alien universe.

The film isn’t perfect, there are some errors that could have been ironed out; however, we still stand by the theory that this is a sci-fi film that will last. People will come back to this movie in years to come and continue to get enjoyment out of it.

Noomi plays a scientist with a strong religious faith, called Elizabeth Shaw. She and her boyfriend and scientific partner Charlie, (played by Logan Marshall-Green) are searching all over Earth to find the answer to one of the biggest questions – “Who created us?”

Her characters’ faith drives everything she does, whereas his scientific focus – combined with a sense of thrill-seeking – makes him the perfect counter for her. Together they work and together, they discover that sets of pictograms from all over the globe, drawn hundreds of years apart all contain a matching cluster of shapes.

They believe that this is not only evidence of a higher being or creator interacting with humans for thousands of years, but also an indication of where these beings exist … a map, as another character calls it. “No”, Shaw replies, “it’s an invitation”.

The film doesn’t specifically answer if these drawings are an invitation to come and find them or a warning to stay away from them. But not long after the expedition crew reach their destination, travelling on the spaceship Prometheus, things start to unravel at an alarming pace.

Crew members disappear exploring the alien tunnels, other crew members re-appear not just disfigured, but mutated and angry and start to attack and destroy the ship and the crew.

As a backdrop to this action, you still have the characters trying to figure out, who are these beings, (which they call The Engineers), why have they made us? What is causing the mutations?

Eventually Shaw and the ships’ captain Janek, (played by Idris Elba – MANDELLA LONG WALK TO FREEDOM (2013)), realise that the Engineers, or someone else, for some reason, intended to use the mutation goo that the crew have found thousands of vessels of, to destroy mankind.

The planet they have found is a weapons store. Ridley Scott has said that he was fascinated by Gruinard Island – more commonly known as ‘Anthrax Island’ which is a small Scottish island that was used for testing Anthrax in the Second World War. The island was uninhabited and as a result of the tests, highly contaminated with nobody allowed to visit – the entire island was quarantined. It has since been decontaminated, but the idea led Ridley to think of the engineers or possibly someone else, using this planet in the same way.

By the end of the film, a single Engineer has awoken from hundreds of years of hyper-sleep and starts up a spaceship to head to Earth. His perceived mission is to release this deadly mutation goo to wipe out mankind.

We won’t spoil what happens because we really want people to watch this film. We definitely want people to go back to it and watch it again because there is much more to be seen on repeated viewings.

The whole mission is funded by a character called Wayland, (played by Guy Pearce – yes the guy from Neighbours). He is a man who has achieved much throughout his very long life – his age is not given, but he has been in hyper-sleep for many years, so think around 100. He believes he has done good – he’s invented weapons technologies, biochemical technologies and advanced robotics to the point where synthetic humans are common place and, almost, life-like. In short, he believes he is equal to a God.

Now, in Greek mythology, Prometheus is a Titan who sided with Zeus. There are many versions of the Prometheus story in Greek mythology – but the most common is probably Prometheus Bound; in which Prometheus steals fire as a gift for mankind / mortals and is, therefore, punished by Zeus. Prometheus always asserts that Zeus wanted to obliterate mankind, but that he, Prometheus, managed to stop him with the theft. Whilst mankind is saved, Zeus punishes Prometheus with eternal torture.

Bit heavy for a popcorn film isn’t it? But, then again, is it? If this film is a true ‘sci-fi film’ shouldn’t it work on many different levels?

So what are the levels? Well, there’s far too many to go into great detail now – and I really could go into GREAT detail on this one; but consider these points:

There are many more similarities between the two and the possibility for lots of fascinating conversations over what it all means.

But here’s the thing – and this is why we defend this film – I’m sure some listening will simply be thinking, ‘it’s just a film – this dude is reading WAY too much into it all’. Which is true … it is just a film. It can be watched, enjoyed, then forgotten. It’s an entertaining 124 minutes!

But it also nudges us to question ourselves, our beginnings, our purpose – and that conversation goes far beyond this film, far beyond what Ridley Scott or Noomi Rapace intended us to think about. And isn’t that what great sci-fi art should do? What great art should do?

Agree? Disagree? Chip in with your thoughts in the comments section on YouTube or tweet your thoughts to @filmjourneys … remember to play nice and respect everyone’s opinion, whether it aligns with yours or not. 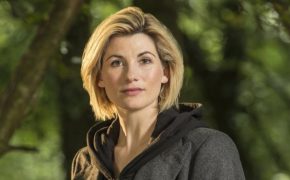 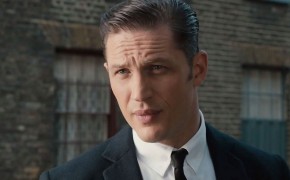 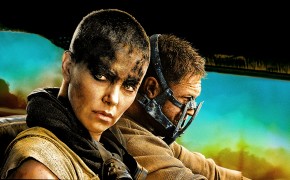