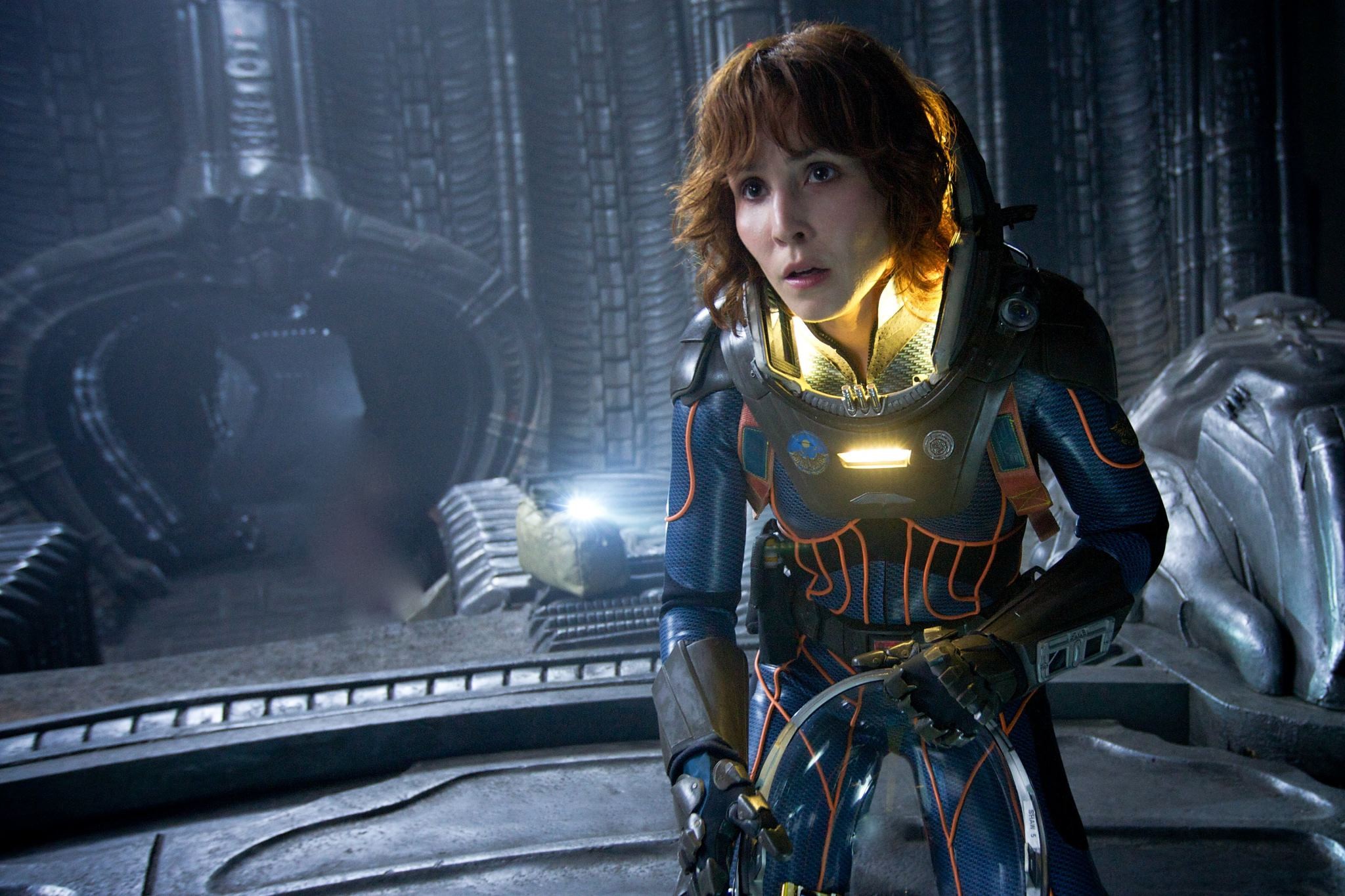 Our latest session of Film Journeys is taking a trip round the world – with a lot of time being spent in Europe. But don’t worry – that doesn’t mean lots of black and white shots of cats looking longingly out of windows at falling snow!

The Drop is a new film, released in the UK on 14th November. It’s a tight crime drama about, of all things, a lost pitbull, a wannabe scam artist and a killing – all centre around a bar in Brooklyn, called a ‘drop bar’; a drop bar being a place where criminals can deposit ill-gotten gains in relative safety. Now, my short synopsis makes it sound rather comical, but this gritty tale is far from it.

The film features superb cinematography, really creating some great atmosphere and presenting a seedy, sinister side to Brooklyn. The direction, from Michael Roskom; who is a relatively new Belgian director with a couple of international releases under his belt, is particularly good here. He uses his cast well and encourages great performances from the three leads.

Possibly one of the biggest draws for this limited release will be the fact that this is the last film James Gandolfini shot before he passed away. Whilst at first sight it might appear that he’s playing yet another ‘Tony Soprano’ type, he really should be remembered for his versatility and this is a role that will help with that. He’s tired, wrung-out and done with life; spending all his time reminiscing about how good life used to be, how he used to be somebody who commanded respect in the neighbourhood.

His counter-part is Tom Hardy, an English actor probably best known for playing Bane, the bad-guy in the latest Christopher Nolan Batman film, The Dark Knight Rises. Tom has shown his versatility before many times, and this is another excellent performance – especially vocally. A convincing Brooklyn accent is tricky to accomplish correctly, but he pulls it off with aplomb.

But #FilmJourneys this time around is all about Noomi Rapace, a Swedish actress who has followed great success in Swedish films with a really solid name for herself internationally. With her great performances, (and decent box office figures), she is set to be a regular in more output from Hollywood.

First up is Dead Man Down (2013). Noomi plays Beatrice, a fragile woman-child, in this film; which is something she is particularly good at – a woman that uses her considerable inner strength to power an external softer-side. She has many scars on her face and these hint at a less than perfect past. Beatrice lives in a high-rise apartment, opposite another high-rise that Colin Farrell lives in. He plays a character called Victor. Their apartments are level with each other and they begin to notice each other through the windows – waving when they catch the others eyes.

One of the delights about Dead Man Down are the plot twists. Beatrice and Victor see each other, flirt, go on a couple of dates and, eventually, as you heard, she confronts Colin Farrell with the fact that she saw him murdering someone in his apartment.  But here’s the third twist – straight after confronting him, she then asks him to kill the man who gave her those scars. And from that point on, the game commences.

Slowly Noomi allows us to see the seething rage that is bubbling under the surface of Beatrice and this gradual reveal is another fine performance from her. Beatrice threatens to expose Victor unless he helps her, but Victor also has a past he wants to avenge and so they’re a pretty unstable couple. Do their plans for retribution work out? You’ll need to watch the movie.

Colin Farrell is Colin Farrell here – not much more to say on that, but it’s worth noting that the ‘big-bad’ is played well by Terrence Howard. His character, Alphonse, is the crime boss that may or may not link the whole story together.

Dead Man Down is directed by Niels Arden Oplev, a Danish director who previously worked with Noomi on the original, Swedish 2009 version of The Girl With The Dragon Tattoo. This was the film that was a big break for Noomi. Not only was it the start of a franchise for her character Lisbeth Salander, but it also got her noticed by some Hollywood legends.

The second film we’ve chosen for this journey is Sherlock Holmes: A Game Of Shadows (2011). This is the follow-up to the 2009 Sherlock film, featuring Robert Downey Jr. and Jude Law. Now, both these films differ wildly from the BBC / Ben Cumberbatch and Martin Freeman Sherlock I’m sure we all know of, but that’s not to say that they are better or worse. They are, in fact, so different, that I think there’s room enough for both interpretations.

In Game Of Shadows, Noomi plays a gypsy fortune teller called Madam Simza Heron. As is evident in the scene where they first meet, Noomi is a great foil to Robert Downey Jr. , (who manages to disguise his American accent a little better in this film than he did in the first). Once again Noomi is playing a tough female character that has a softer external appearance.

She also gets to have fun with many of the action scenes in this film; battling with knife-wielding assassins, jumping from roof beam to roof beam, riding a speeding train – it’s all go and, as has become the trademark of these films, the action is intentionally overly choreographed by Brit director Guy Ritchie.

Noomi obviously has a fairly thick Swedish accent, but by playing this gypsy character here she works that well into the character – mixing a little cockney twang in places too. On paper it sounds like an odd combination, but it works.

The story of the film revolves around Holmes and (played by Jude Law), trying to figure out who is behind a series of terrorist attacks. Long story short, it’s Holmes’ arch-nemesis Moriaty; played with panto-villain relish – it comes in a jar on the preserve isle – by Jared Harris. Jared is probably most known for Speilberg’s Lincoln (2012), Tarantino’s Natural Born Killers (1994) and David Fincher’s Curious Case Of Benjamin Button (2008).

Simza, aka Noomi, has a long-lost brother that has hired Holmes, via her, to help find him … or was it really him that hired Holmes? Again … to find out, you’ll need to watch the film. But, I don’t think I’m spoiling much to say … no, it wasn’t the brother, Rene!

Before we tell you the final film for this #NoomiRapace Fiml Journey, we should quickly list some ‘honourable mentions’ – these are the films that nearly made the list.

In no particular order: The Girl With The Dragon Tattoo, The Girl Who Played With Fire, The Girl Who Kicked The Hornet’s Nest are all three films from the same Swedish crime series and all feature Noomi as Lisbeth Salander. The first film was remade for international audiences in 2011 with Daniel Craig and Rooney Mara; directed by David Fincher – and the remake was pretty well received; but, for many, the original versions are still the best. They are hard-hitting and not for the faint-hearted; but they do pack a punch. Don’t be put off by the fact that they are subtitled, if you’ve never watched a film in another language before, you do get used to reading the subtitles and it really doesn’t detract too much from the film.

If you’re a completest fan of the series, you can also watch the 2010 TV mini-series Millenium which features Noomi reprising the role of Lisbeth.

So, what’s the third and final movie?

Well, Girl With The Dragon Tattoo got Noomi noticed in both Sweden and further afield and it was her strong, determined performance in that film that got Sir Ridley Scott’s attention. That led to her being cast in his 2012 return to sci-fi Prometheus.

During the run-up to its release, Prometheus garnered huge interest and support from sci-fi fans, Ridley Scott fans, fans of the Alien franchise and fans of Michael Fassbender! We’ve made an entire Film Journeys Talking Point video about the controversial notion that Prometheus is a better sci-fi film that the original Alien film from 1979; which you can see below:

Whilst Prometheus has it’s fair share of criticism on release, what everyone does agree on is that the performance given by Noomi Rapace is excellent. She has relatively little screen-time to show how strong her faith is, how compassionate she is towards others, to show how driven she is in her career, to show how strong she is when faced with adversity and, finally, to show how she can take command of a situation gone bad and lead it to … what? Well, the sequel will tell all … hopefully.

Have we picked the right 3 Noomi Rapace fimls for this Film Journey? Join in the conversation and let us know, using the hastag #FilmJourneys.