This week THE EXPENDABLES 3 is released in the UK and features a cast of action hero stars as long as your arm, including Sylvester Stallone, Arnold Schwarzenegger, Antonio Banderas, Jet Li, Mel Gibson, Wesley Snipes and Harrison Ford.

It promises to live up to the expectation of ‘brain switched-off, popcorn-ready, action romp’ as per the first two in the series; so if you enjoyed those, you are going to love this installment.

The producers are claiming this will be the last on, however box office takings will tell on that front; but for today we want to concentrate on Harrison Ford.

In THE EXPENDABLES 3 Harrison plays a helicopter pilot called Max Drummer and, although not confirmed, we suspect that his character won’t have much screen time. So we’ve picked three Harrison ford titles for you to get to see more of Mr. Ford, (if you like that sort of thing).

We want everyone listening to get involved as well though. Have we picked the right three films? Join the conversation and let us know. 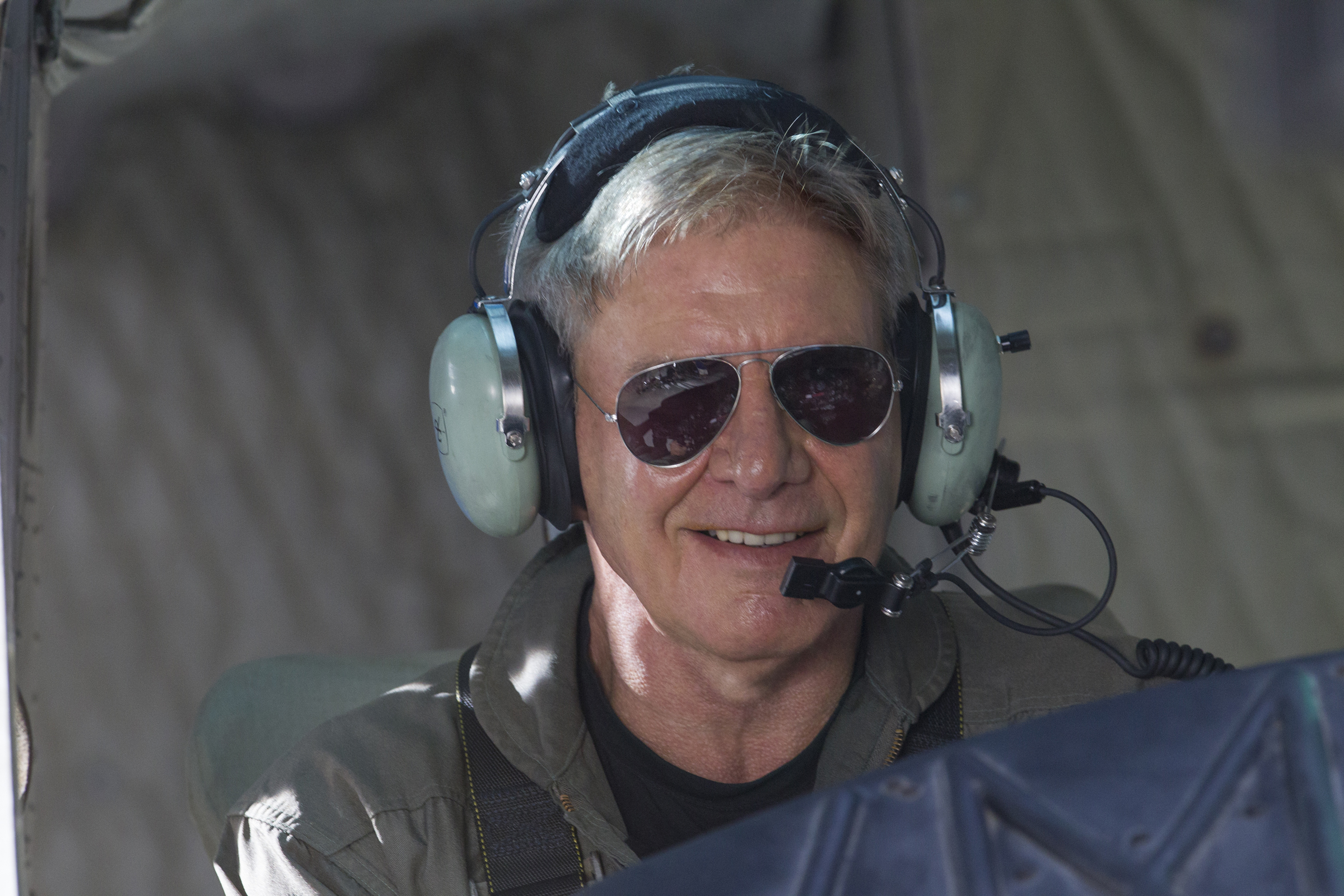 First up is APOCALYPSE NOW (1979). Not many people realise Harrison is in the Francis Ford Coppola war opus, but he plays a young, fresh-faced solider called Colonel Lucas, (which I’m sure is a nod to George Lucas – a long-time collaborator and friend of both Harrison and Coppola).

There is a scene in the film where Ford has the unenviable task of briefing Martin Sheen on an unofficial, secret mission, in a room full of his superiors; none of whom want to do the ‘dirty-work’ they are making Ford undertake. 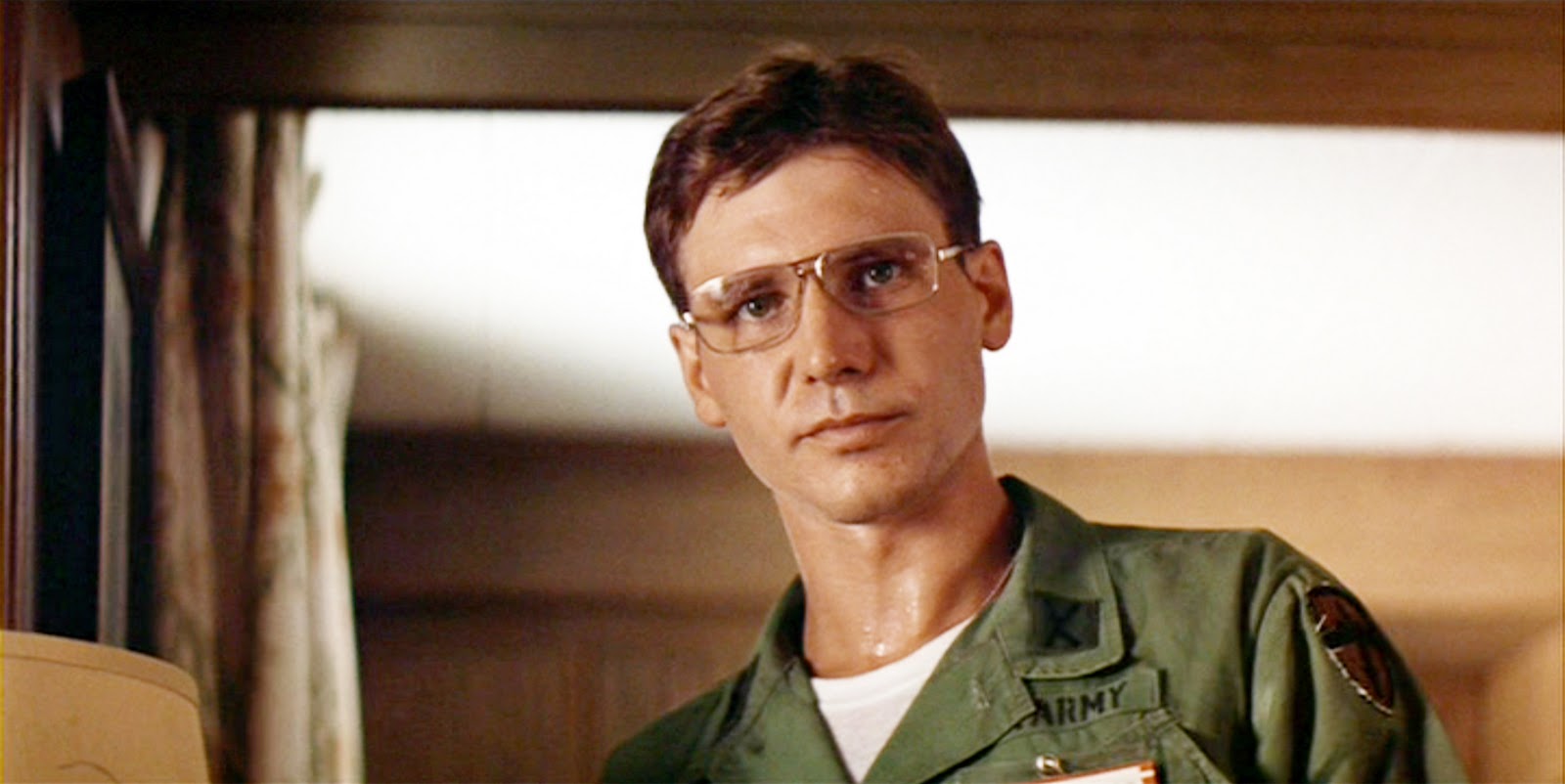 What’s interesting to see here is Harrison playing a young, insecure character. We have in our heads a Harrison Ford who always plays the strong, resourceful and confident type and yet here, in only a few lines, we’re seeing real vulnerability. It’s a great, albeit brief performance, worth checking out.

The second film I’ve chosen to focus on, is AMERICAN GRAFFITI (1973). Harrison plays Bob Falfa a handsome, but arrogant slightly older foil to the main teenagers in the story. The film is set in the last night of the summer of ’62 and the teenagers are out to get one last night of thrills before their lives move on and everything changes.

The film was written and directed by George Lucas and it really is a love-letter from him to the golden age of America. It’s filled with great performances from well-known faces like Ron Howard and Richard Dreyfuss and has some really cracking dialogue; like the exchange between John Milner, (played by Paul Le Mat) and Harrison Fords’ character, Bob Falfa when Harrison confronts Milner about why he hasn’t responded to the fact that Falfa wanted to ‘talk with him’.

The general gist is that Harrison is trying to get a rise out of John Miller so that he can challenge him to a drag race. Spoiler alert – they do end up racing … but I won’t tell you the outcome. The thing to look out for in this film is Harrisons’ performance, especially his voice – not just his accent, but his tone is very different to many other films we’ve seen him in.

Before we divulge the final film we’re suggesting for this week, we should quickly list some ‘honourable mentions’ – these are the films that nearly made the list.

In no particular order:

So, what’s the third and final movie for this #FilmJourney ? Well, we really couldn’t talk about the career of Harrison Ford and not mention two of his biggest roles. As the majority of people know, Harrison Ford played Han Solo, the cunning, space pirate in the Star Wars film saga and is set to play him again in the new STAR WARS films currently in production. 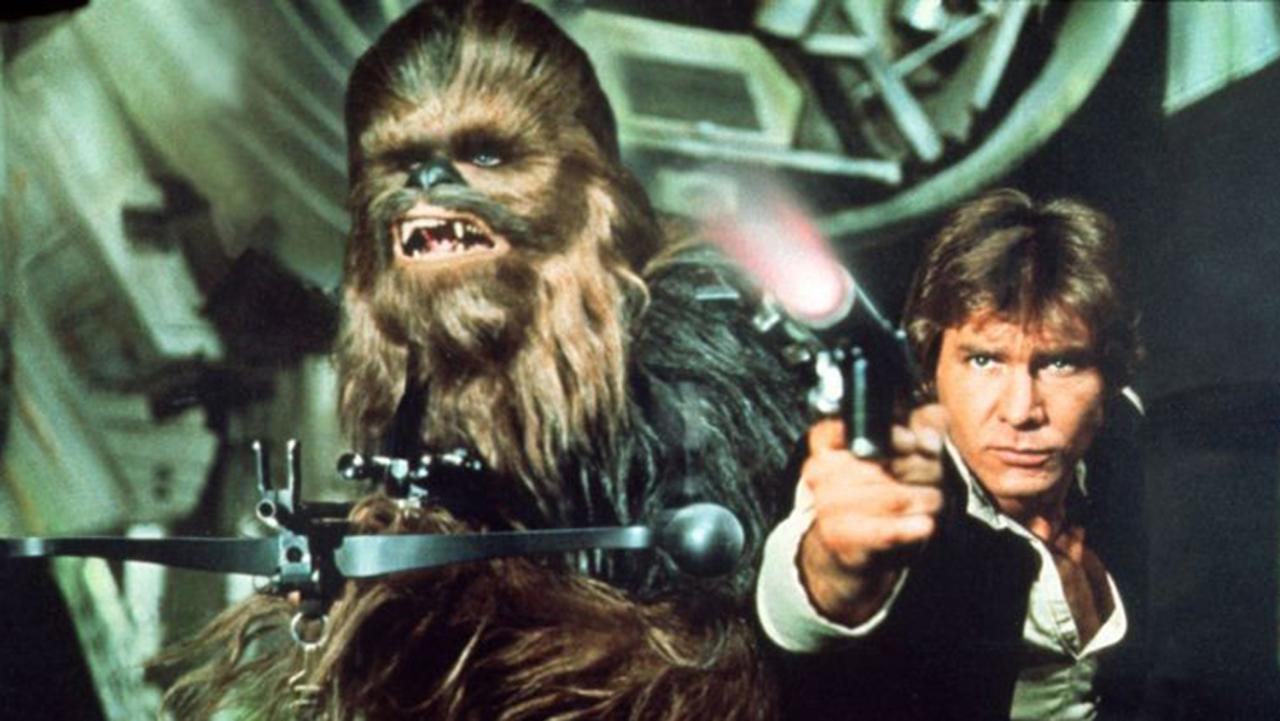 Harrison Ford as Han Solo, with his wookie co-pilot Chewbacca, in the 1977 Star Wars film, Episode IV: A New Hope

But for the third film recommendation for you to catch up with, we’re going to suggest you watch Harrison Ford as the iconic Indiana Jones.

Now, we’re going to be a bit controversial here because when we mention Indiana Jones, most people will think of the first film RAIDERS OF THE LOST ARK; but we’re going to suggest you re-watch the second film THE TEMPLE OF DOOM.

To us, this film is one of the best examples of a ‘perfect sequel’ – despite the critical mauling it received on its release in 1984.

THE TEMPLE OF DOOM is set before the events in RAIDERS OF THE LOST ARK and the Indiana Jones that Harrison Ford plays at the beginning of the film is not the Indiana Jones we all know and love from the first movie.

He’s arrogant, selfish and simply in it for the money or, as he jokingly refers to it in later stories, the “fortune and glory”.

However, the story arc of his character through THE TEMPLE OF DOOM  takes Indy on a journey past all of that and makes him become the hero that we know he is. The events of the second film, make the lead character the person we fell in love with in the first film.

There is a specific scene that signals the final part of his change in character. Having discovered the underground mine where the bad guys, (The Thugee Cult), are using children as slave labourers; Indiana gives up the chance to simply leave with the priceless Sankara Stones and he makes a conscious decision to stay, fight the bad guys and set the children free.

As he enters the mine he’s in a dusty silhouette, when a light from a mine cart starts to shine on him, and the camera dollies towards him.

Here, his classic hero pose, combined with the movement of the camera and the light and atmosphere behind him, create the iconic image of this character that we all instantly think of when we hear his name. We know that from this moment, our hero is born.

Have we chosen the right three films to pick? Tell us, using #FilmJourneys what your choices would be.