Thomas Jeffrey Hanks was born in Concord, California. His father had English and German ancestry, while his mother’s family was entirely Portuguese. Tom grew up in what he has called a “fractured” family. He moved around a lot after his parents’ divorce, living with a succession of step-families. In his words, “No problems, no abuse, no alcoholism – just a confused childhood”. He had no acting experience in college and, in fact, credits the fact that he couldn’t get cast in a college play with actually starting his career. He went downtown, auditioned for a community theater play, was invited by the director of that play to go to Cleveland, and there his acting career started. So how did he become such a huge star and one of the best-loved actors working today?

Well, although some describe him as having a ‘marmite’ on-screen personality (i.e. you either love him or hate him – for the record, we love him), he always exudes a seemingly genuine warmth whether in character or in interview. His humble approach combined with his sense of humour and cheeky glint in his eyes has stood him in good stead in a career spanning nearly four decades.

BRIDGE OF SPIES, is out in UK cinemas on general release from 27th November and stars Tom Hanks, legendary theatre actor Mark Rylance, (INTIMACY, WOLF HALL) and is directed by none other than Steven Spielberg. 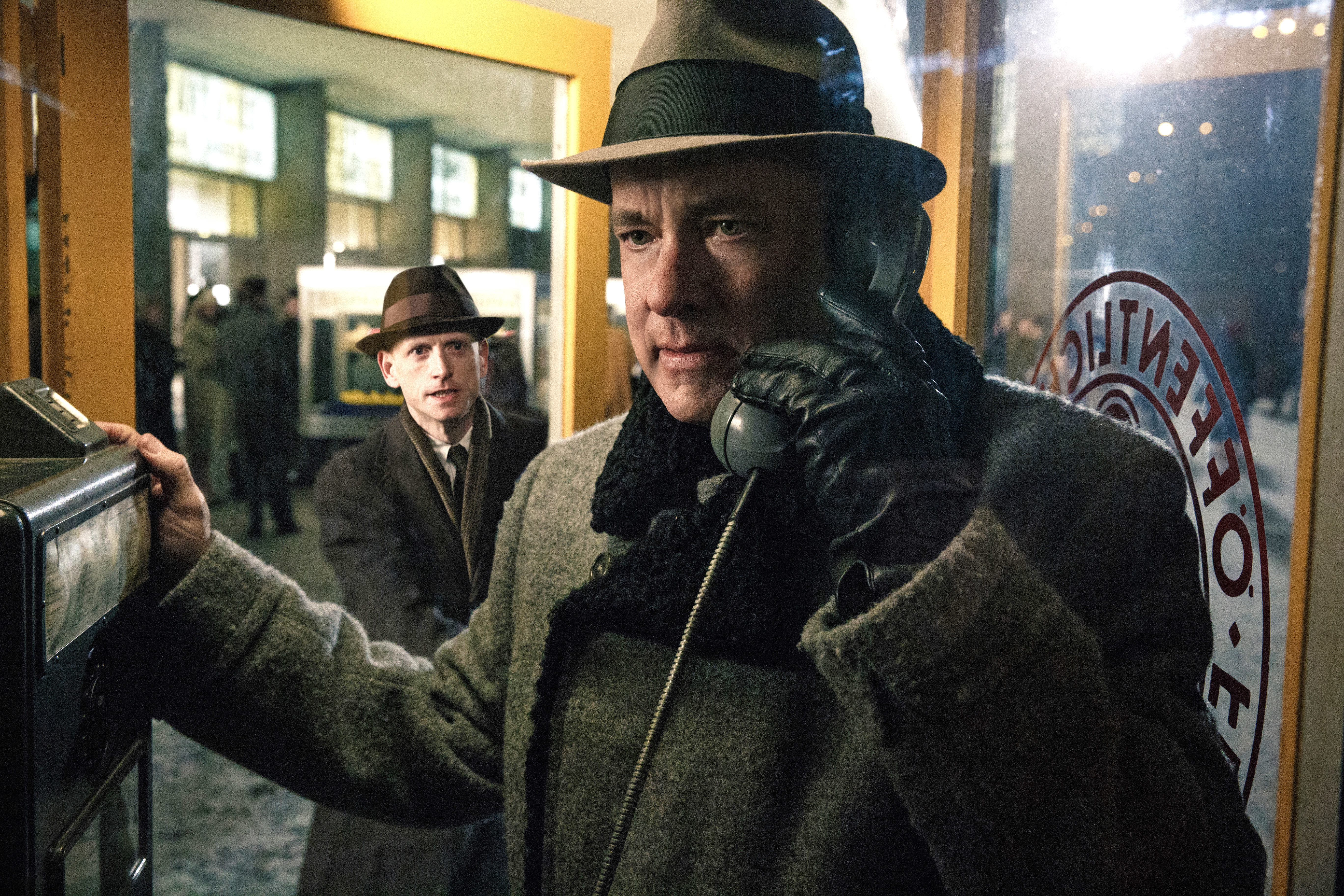 During the Cold War, an American lawyer (our man Tom) is recruited to defend an arrested Soviet spy (Rylance) in court, and then help the CIA facilitate an exchange of the spy for the Soviet captured American U2 spy plane pilot, Francis Gary Powers.

This film is something of a step-change for Hanks. He’s done ‘serious’ roles before (like PHILEDELPHIA and SAVING PRIVATE RYAN, for example) but we still tend to think of him as his 80’s, ‘cheeky-chappy’ persona. Is this a deliberate choice to move away from that? Probably not, but he does show some real ‘acting-chops’ here, especially in the scenes where he plays opposite Rylance – who is, himself, a truly great actor, (possibly one of the greatest living actors even).

CAST AWAY, which was shot in 2000 by director Robert Zemeckis, is a little like a bridge between 80s Hanks and ‘modern-day Hanks’. Whilst ostensibly a drama, there are moments of light relief that help you through what could have been an ordeal to watch. The plot is paper thin, “A man is marooned on an island after his plane crashes into the ocean”, but that doesn’t really do the film justice. 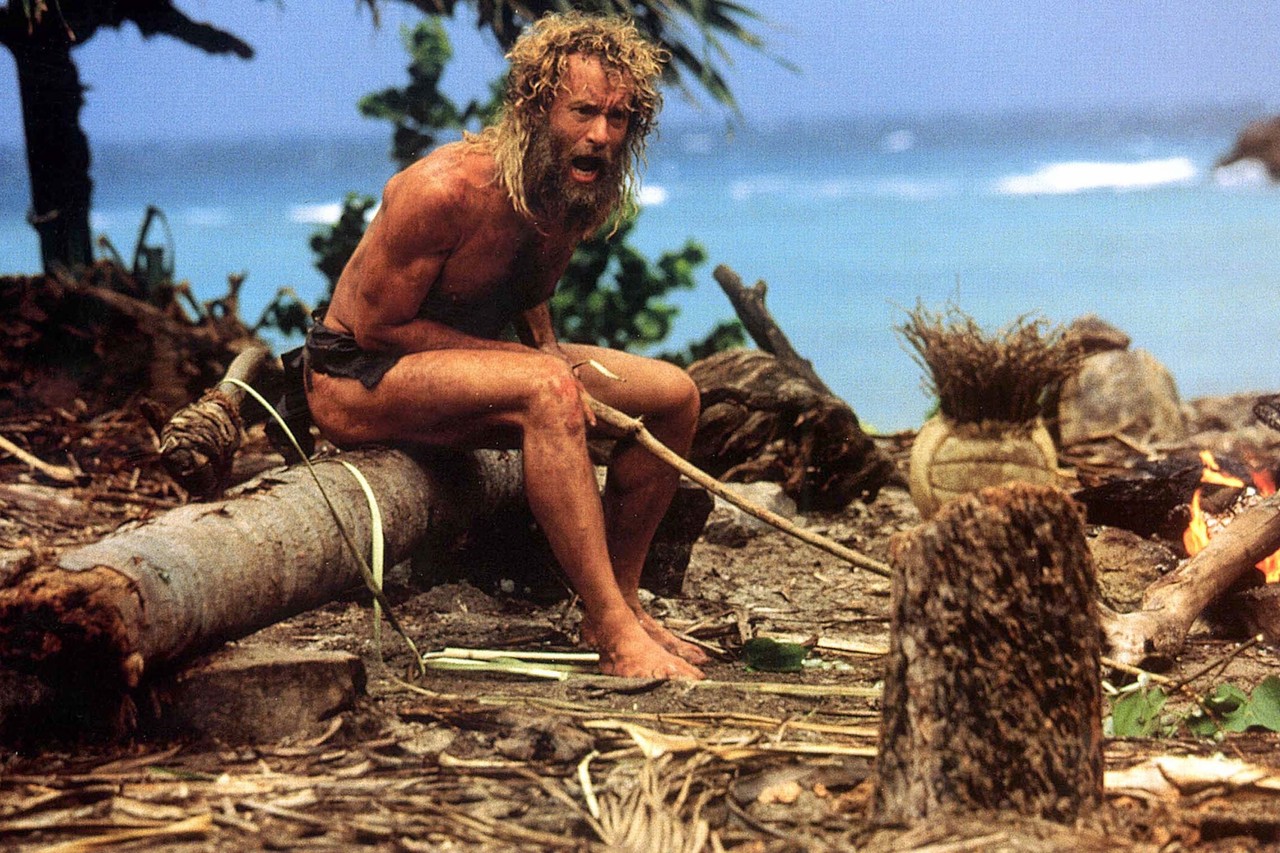 But for those naysayers who call Hanks out on his acting, this is a very solid retort. He pretty much carries the film single-handedly, and not in the way someone like Tom Cruise would. Here, Hanks is not only on-screen for most of the runtime of the film but he is pretty much on his own. Certainly there are no other human actors with him to help tell the story. He does create a wonderful friendship with a volleyball he nicknames ‘Wilson’.

It’s with this in mind that I think one particular scene in the film is a truly remarkable feat of filmmaking. To set the scene a little, this is where Hanks’ character, Chuck, desperately tries to save Wilson, his only companion, as he floats away in the ocean waters – out of Chucks’ reach.

Despite the fact that this is a man – all alone and far out to sea in the ocean – losing his only friend, what we are actually seeing is an actor, probably not that far away from land and with what is likely to be a large group of filmmakers all around him in the water, all with equipment. Even with all that, this scene still gets a lump swelling in your throat.

Our final Tom Hanks film this week is an 80’s comedy with a message of tolerance. It’s THE ‘BURBS which was released in 1989 and is directed by the always reliable Joe Dante. 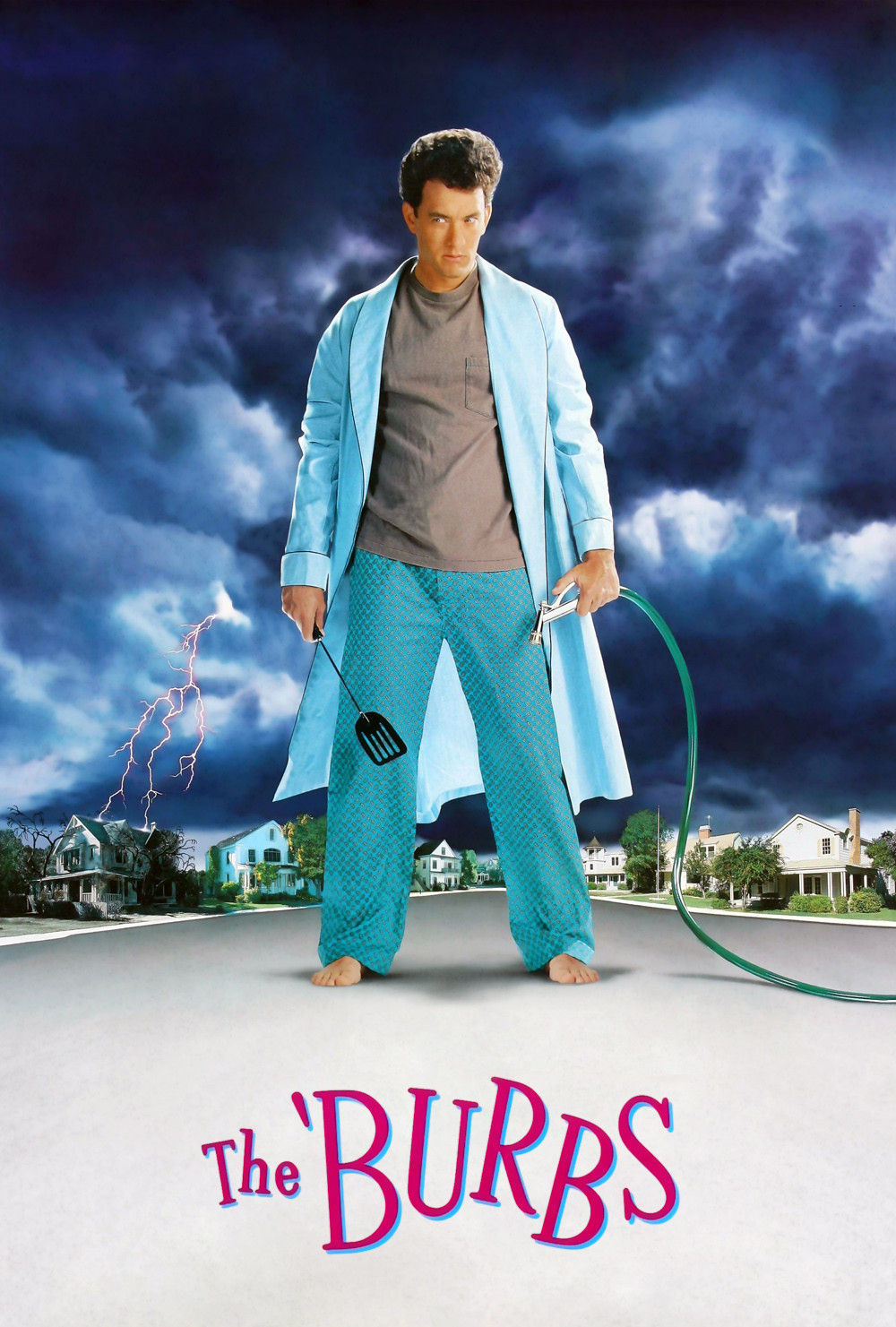 Tom plays Ray Peterson, an overstressed suburbanite who, with his paramilitaric neighbor, struggle to prove their paranoid theory that the new family in town is a front for a cannibalistic cult. The film also stars Bruce Dern, Carrie Fisher, (soon to be seen on screen again as Princess Leia in the new Star Wars film STAR WARS THE FORCE AWAKENS), Corey Feldman and the gloriously eerie-faced Henry Gibson, (who also played the bad guy in THE BLUES BROTHERS).

So what’s all this with the ‘message of tolerance’? Well, after an entire film of hijinks associated with trying to prove that their new Eastern European neighbours are cannibals, Ray (our man Hanks again), hits breaking point. To be fair, by this point in the film he’s been set on fire, beaten up, blown up, shot, bashed over the head and all sorts of other ‘Loony Tunes’-style escapades; but here’s where he snaps at his neighbours (who are still egging him on to ‘out the foreign family next door’) and his response of tolerance is still just as relevant today as it was then.

Do the neighbours turn out to be bad? Well, you’ll have to watch the film to find out.

Obviously the careers of the actors we feature here are more than just the three films we pick, so here are some honourable mentions: