Here is our first Samuel L. Jackson Film Journey triple-pick. Do you agree with our choices? Join in the conversation to let us know your top three pics of his career and be sure to use the hashtag #FilmJourneys on social media.

Our first film suggestion is AVENGERS AGE OF ULTRON, (2015). This is the follow-up to 2012 phenomenally successful film AVENGERS ASSEMBLE and is, as from yesterday, now on general release in the UK. It stars the usual gang including Robert Downey Jr, Chris Hemsworth, Mark Ruffalo, Chris Evans, Scarlett Johansson and Samuel L Jackson.

Jackson is back as Nick Fury – the guy who threw all these super-heroes together for the first film. He’s back on ‘team coaching’ duties here in what will likely be another box office blockbuster. 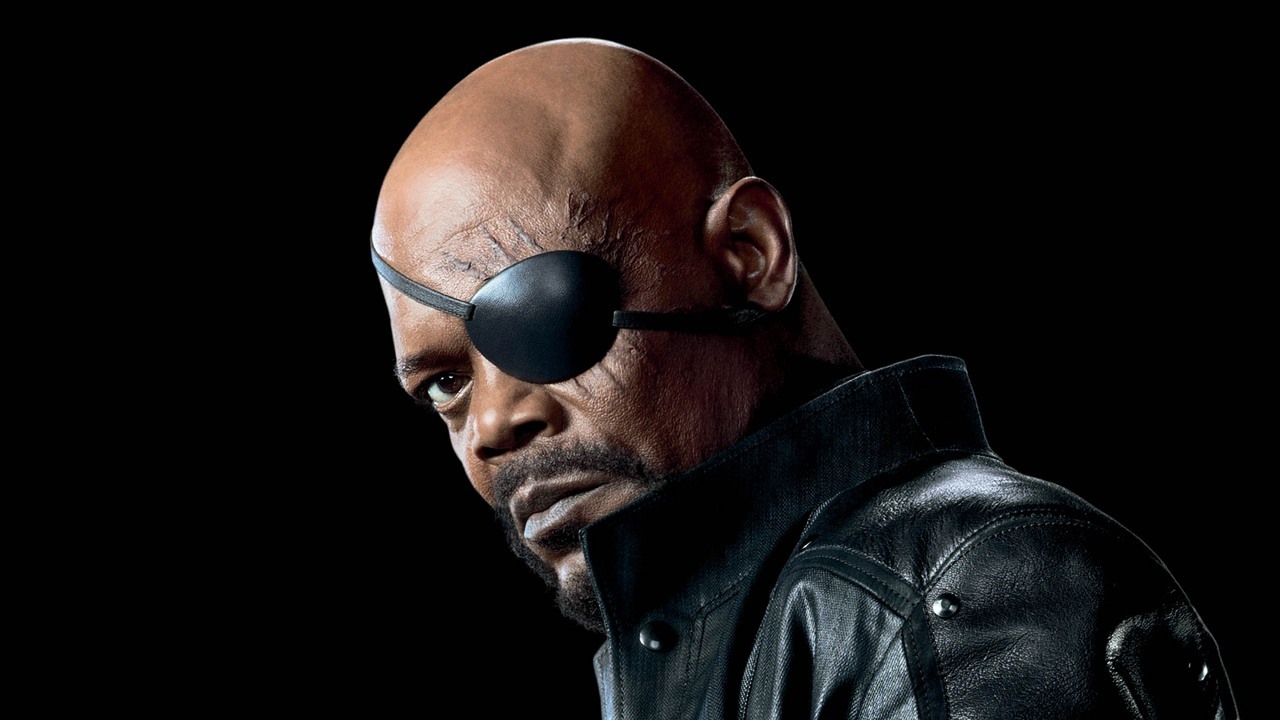 Sam has also got another new movie coming out in cinemas on May 7th – BIG GAME – where he plays the President of the United States who has to jump out of Air Force One, for reasons to long winded to go into here, somewhere over a forest. He happens to land next to a 13 year old boy who is out in the wilderness on a hunting mission to “prove his maturity”. It’s all great fun and as bonkers as it sounds.

Our second film is DIE HARD WITH A VENGEANCE from 1995. This was the third film in DIE HARD franchise and a welcome lift in quality, and tone, from the second one. Bruce Willis is back as bedraggled, worn out cop John McClane who, by now, has lost his wife and children in a messy divorce and taken to drinking heavily.  Sam Jackson plays Zeus  – an electronics repair shop owner who lives and works in Harlem.

The paths of the two character cross when, as instructed to do so by a terrorist, McClane has to go into the centre of Harlem wearing a sign with a racist insult painted on it; for fear of the terrorist blowing up an unspecified public place. Samuel L Jackson’s Zues rushes to the aid of John McClane, but all is not – as it turns out – quite what it seems with the character of Zues as it turns out that Zues is racist and has to overcome his racism to work with McClane.

As you would expect from a Die Hard film, it’s really not an exploration of racism in modern-day culture, with a particular insight into the politics behind American police working within the black community … it’s mainly about blowing stuff up and saving the day. But, Sam Jackson does have some great lines in it and I would say this is a Sam Jackson performance, rather than a Samuel L. Jackson performance.

Our final film in this triple-pick, is the now legendary second film from Quentin Tarantino, PULP FICTION (1994).  Tarantino’s most recently been responsible for DJANGO UNCHAINED and, before that, the KILL BILL films. But whilst Reservoir Dogs put him on the map, it was our third film, Pulp Fiction that really solidified his career as a commercial success as a director.

Sam Jackson starred next to John Travolta, (who had such a massive career revival from this film it could actually be called CPR to his career!). The pair are henchmen for the films’ big bad, played by the brilliant Ving Rhames, who is always worth the ticket price.

There are some comedic moments for Sam Jackson in the film, but he tempers that with some great performances that show this utter rage bubbling under his surface. At times it barely feels like he can keep a lid on it – as in the now infamous ‘path of the righteous man’ speech.

Ezekiel 25:17. “The path of the righteous man is beset on all sides by the iniquities of the selfish and the tyranny of evil men.

Blessed is he who, in the name of charity and good will, shepherds the weak through the valley of darkness, for he is truly his brother’s keeper and the finder of lost children.

And I will strike down upon thee with great vengeance and furious anger those who attempt to poison and destroy my brothers. And you will know I am the Lord when I lay my vengeance upon you.”

So, Samuel L Jackson can do leadership, can do action, can do rage – he’s also got very good comic timing; as can be seen in many of his films including LONG KISS GOODNIGHT (1996), in which he stars alongside Gena Davis.

Picking just three of his films is neigh-on impossible; there are many to choose from, so here are a few honorable mentions: