FURIOUS 7 is now out on general release in the UK. This is the seventh feature film in the Fast & Furious  series and, despite being in cinemas for some time now, it’s still doing amazing business in terms of box office figures. Starring alongside Michelle Rodriguez, our focus for #FilmJourneys this time round, are series regulars Vin Deisel, Paul Walker and Dwayne Johnson. 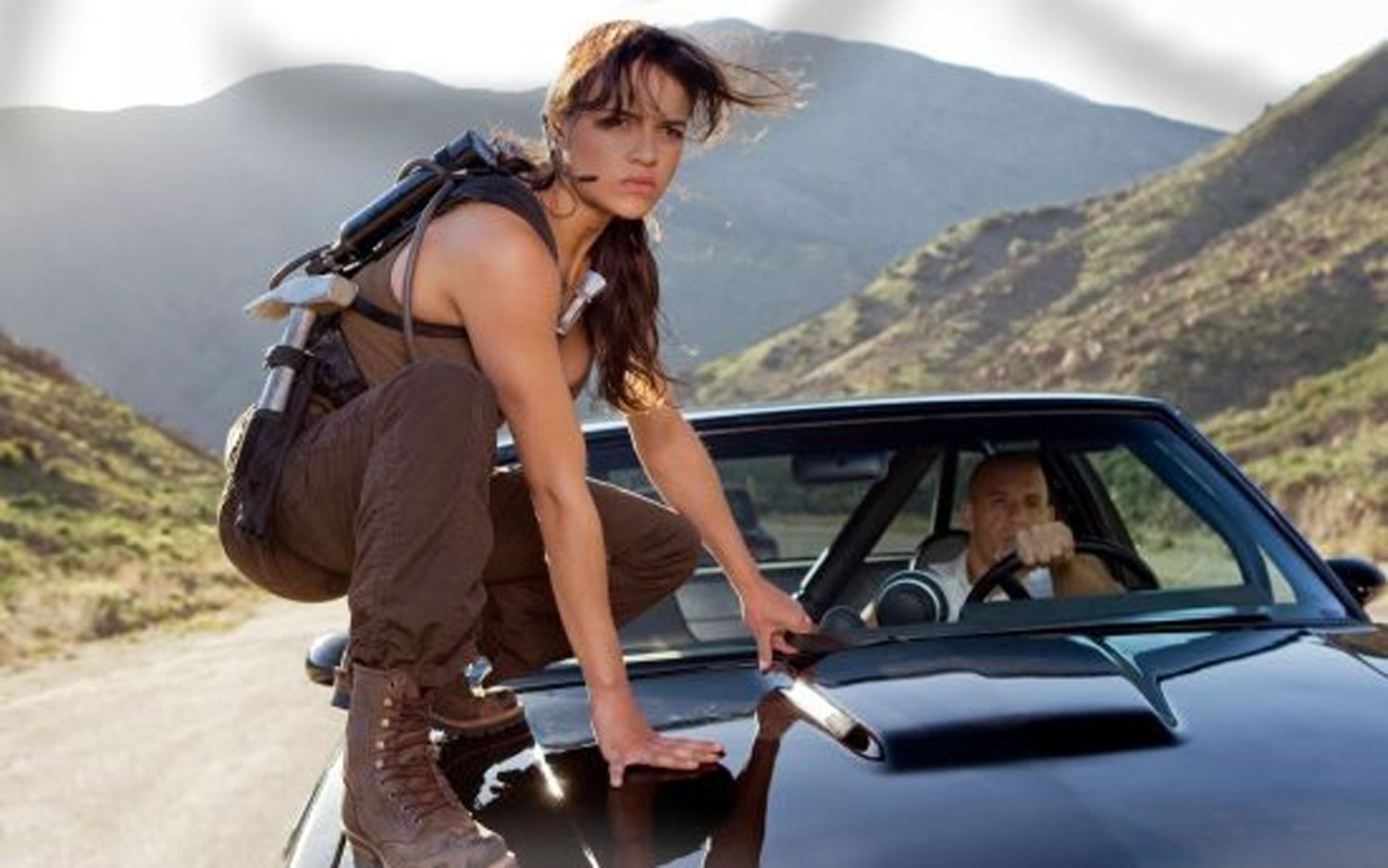 Michelle Rodriguez and Vin Diesel in a still from the FAST & FURIOUS franchise. (Universal Pictures)

Rodriguez returns as Letty, a tough and highly skilled street racer and mechanic. Its a great role and Letty has been the main female character throughout the series.

Michelle discussed in a recent press interview about the fight scenes she has with series newcomer, professional wrestler / fighter Ronda Rousey. Rodriguez mentions that, in most of her films, she’s dressed in a tank top and jeans combo and that, in this particular fight scene, her character is in full cocktail party mode: with long, flowing dress and high heels; which were, as you can imagine, particularly difficult to fight in.

The film is still on general release in cinemas all over the UK. Like previous franchise installments, it’s silly, action-packed fun.

Remember, Film Journeys is not about ‘reviewing’ films, but about discovery. So, read on to find our if we have chosen the right three films from Rodriguez. Do our choices match yours? Join in the conversation and let us know which films you would choose. Remember to always use the hashtag #FilmJourneys. 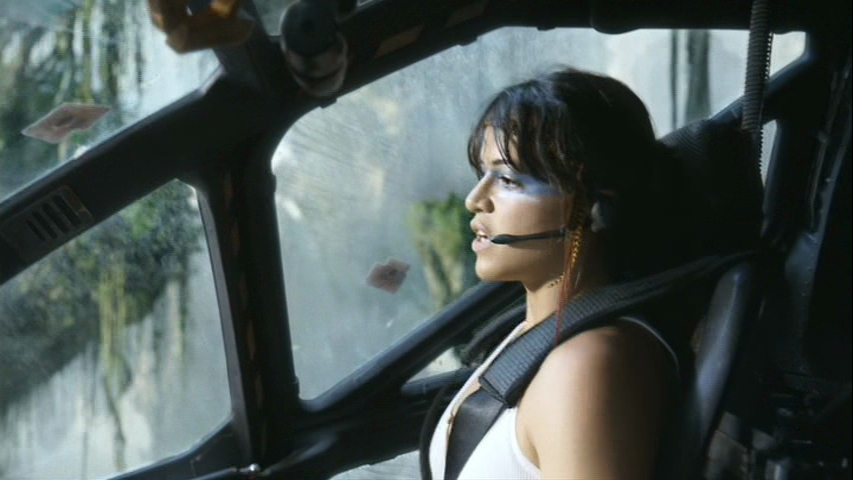 Our second film is AVATAR, the blockbusting sci-fi action film from 2009. AVATAR was both the highest grossing film of all time and also the most expensive film ever made. It has its fans and its critics, but love it or hate, you can’t deny the advances in digital filmmaking, (including the ground-breaking CGI work), make it take it’s place in movie history. Seeing an early screening of fifteen minutes of rough footage blew me away with the new, immersive style of 3D and everyone knew it was going to be huge.

The story is relatively simple; a paraplegic marine is dispatched to the planet Pandora, on a unique mission and he becomes torn between following his orders and protecting the world he feels is his home; after getting to know the local race of creatures called the Na’vi.

Rodriguez is one of the most intriguing characters in the film. She plays Trudy Chacon, who starts the film as a pilot of a gunship, routinely following orders form her superiors. As the film progresses, however, Trudy realises just what the evil corporation behind the whole operation is doing and changes her allegiances. Switching to help the Na’vi and, in doing so, risking her life.

In a film with little character development, it’s nice to see her develop this way. Again, it’s also nice to see a female character, in an action film, who is not subjected to the usual Hollywood sexualisation. 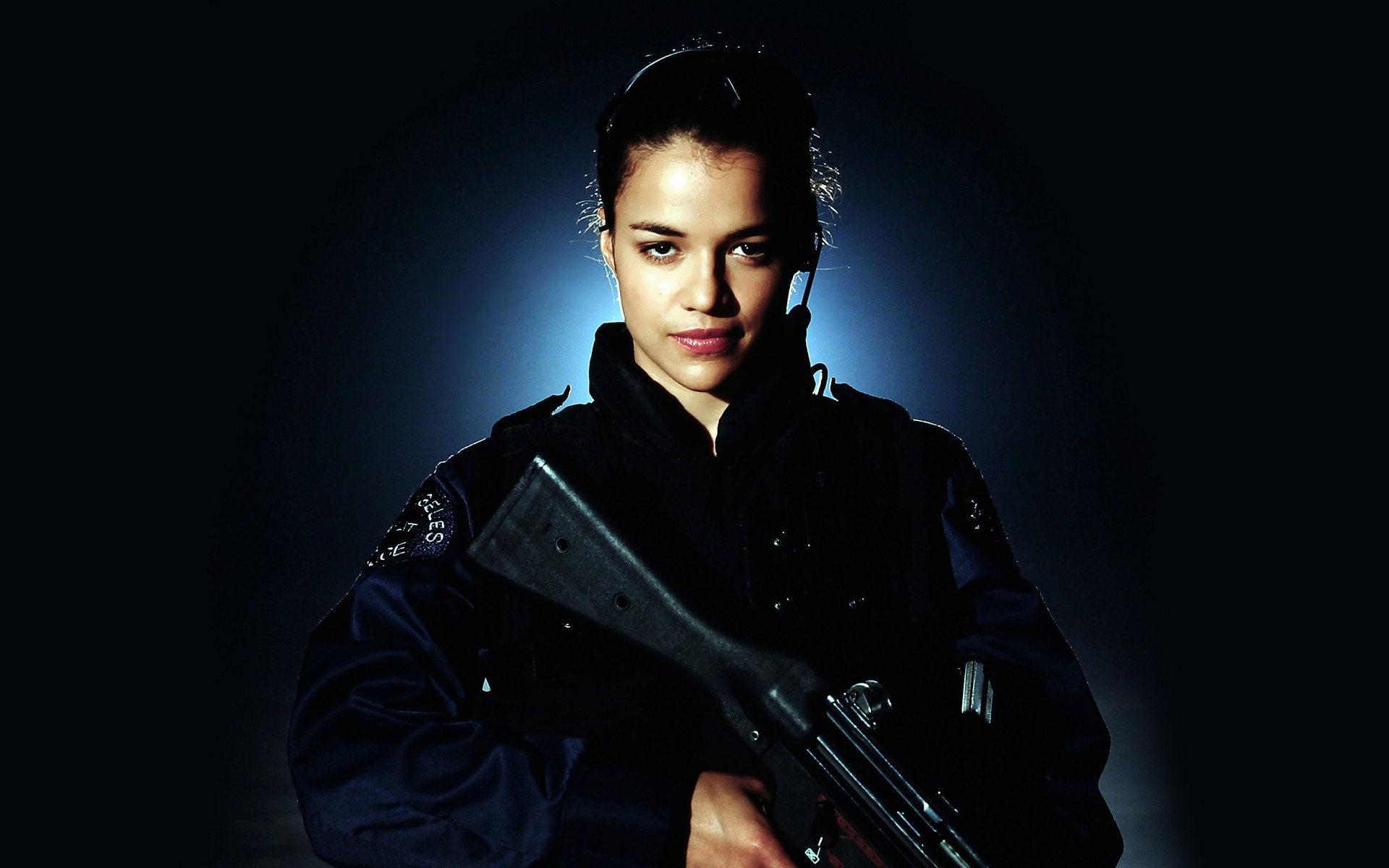 Our final film in this triple-pick of films is S.W.A.T., an action film with, again, a very simple premise: An imprisoned drug kingpin offers a huge cash reward to anyone that can break him out of police custody and only the LAPD’s Special Weapons and Tactics team can prevent it. It’s fast-paced and fun, pop-corn fodder type movie.

Rodriguez plays Christina “Chris” Sanchez who, along with the other team members, is chosen by the SWAT team Sergeant “Hondo” (played by Samuel L Jackson – a fellow Film Journeys alumni). They are all thrown together and, through training and real missions, they form bonds and start to work well as a team.

Rodriguez’ character has to deal with other male characters teasing her about her inclusion in the SWAT team; often making comments that the team can’t be any god if a female is on it. She deals with these well and often has a witty, one-liner comeback.

In a scene deleted from the theatrical release of the film, we see a slightly different side of her character. However, by this stage we already know that her character is tough enough to join the SWAT team. Whilst it could be argued that the reassurance line given by Collin Farrell says more about his character trying to sweet-talk her; to me it’s all about the stereo-typical viewpoint that a female character can’t be a credible lead in an action film.

What is nice when watching Rodriguez on screen is that most of her characters are strong women who are not unnecessarily sexualized in order to fit with the stereotypical view of women in action films. At the same time though she still remains feminine; proving that whilst we still have a long way to go in representing women in a much better light in these kinds of films; it can still be done.

We need to see more roles for females where they are not stereo-typed or pigeon-holed into the usual roles, and Michelle seems set on continuing to break that mold.