It’s time for another Film Journey, this time we are taking a look at the career of actor Denzel Washington. The 61 year old American actor is back on the big screen again this weekend, however he’s not the only a prolific Hollywood actor, he’s also a filmmaker, director and producer with numerous awards to his name: including three Golden Globes, a Tony Award, and two Academy Awards, (‘Oscars’ to you and me darling!): one for best supporting actor for GLORY (1989), and Best Actor for his role as a corrupt cop in TRAINING DAY (2001) 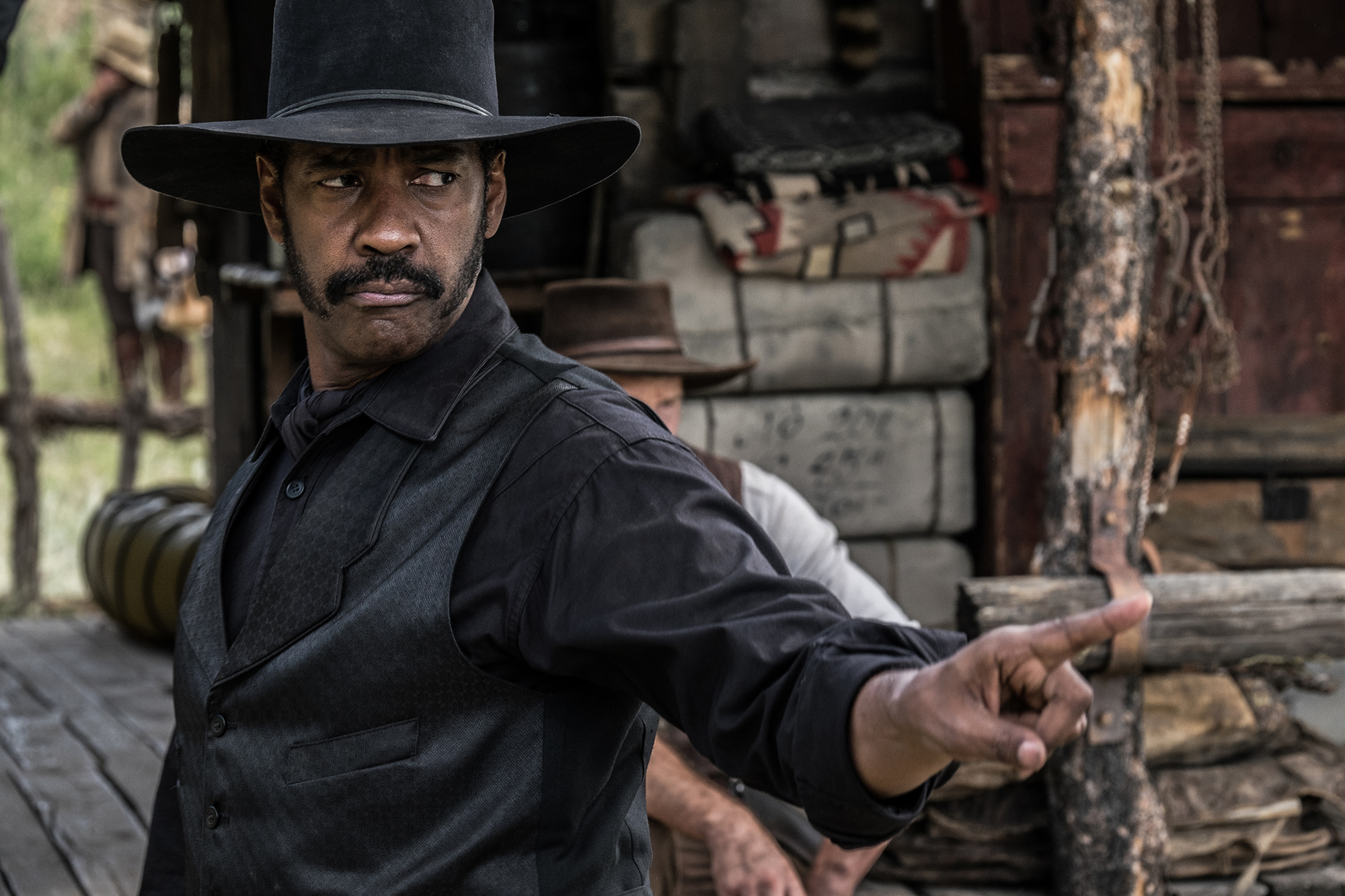 In UK cinemas from today is the remake of one of the most well-known Westerns THE MAGNIFICENT SEVEN. The plot is simple enough: Denzel plays Chisolm, one of seven gun men in the old west gradually come together to help a poor village against savage thieves, but this isn’t really a film you go to watch for the subtle nuances of story and character … this is a film you want to go and see to have fun.

This version could best be described as a modern vision within a classic story. The cast has a great line-up including Chris Pratt, Ethan Hawke, Vincent D’Onofrio and Peter Sarsgaard, but it’s Washington that steals the show really. 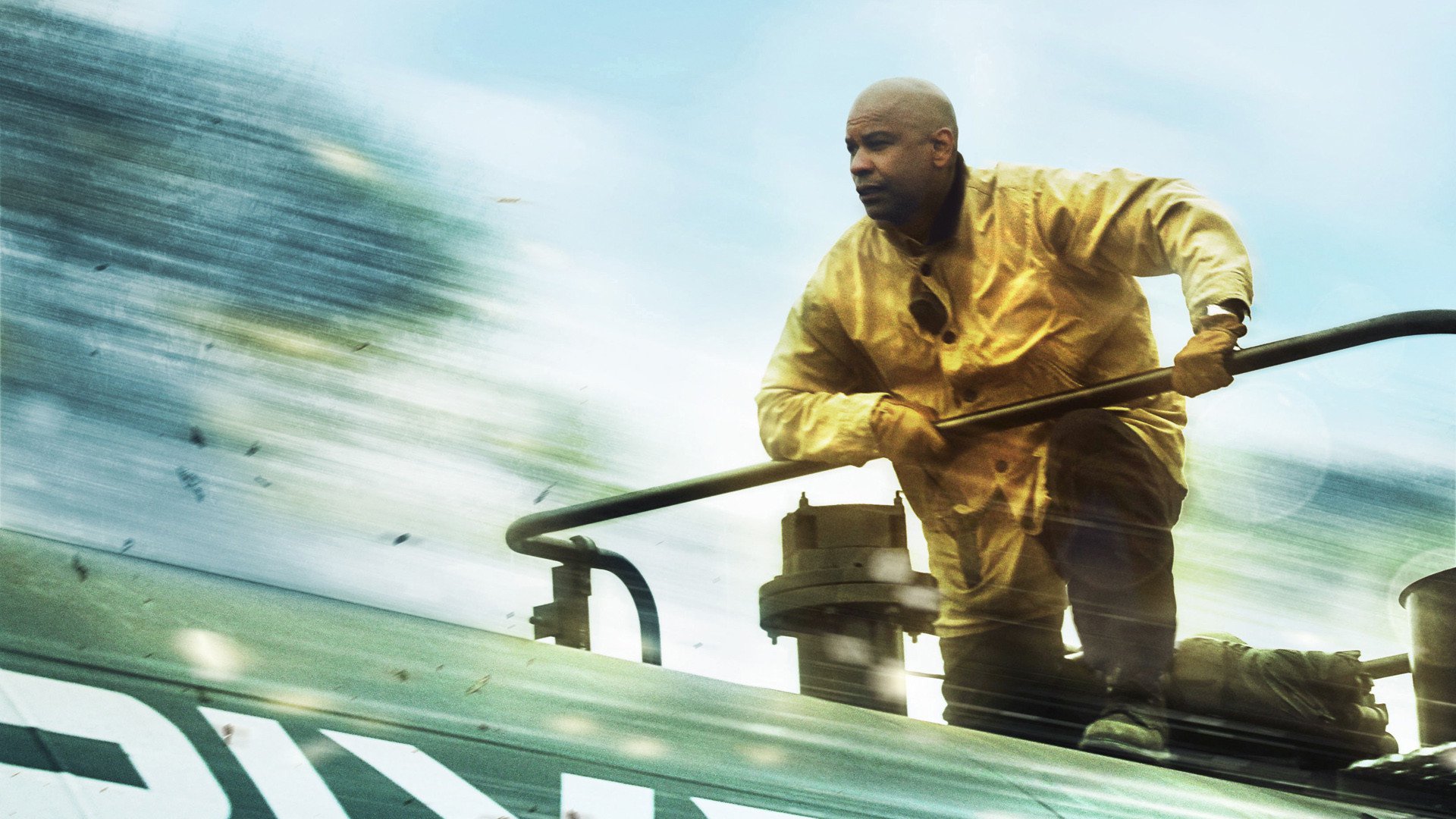 This is the ‘one you might not have seen, but is worth checking outline our selection this month. Once again you can distill the plot down to a line of trailer dialogue: With an unmanned, half-mile-long freight train barreling toward a city, a veteran engineer and a young conductor race against the clock to prevent a catastrophe.

Denzel plays Frank, the train engineer who, together with Will – played by Chris Pine – chase the runaway train in a desperate bid to try and stop it spilling toxic chemicals in a derailment, wiping out a town in the process. It’s fast-paced, thrilling stuff and well worth checking out. 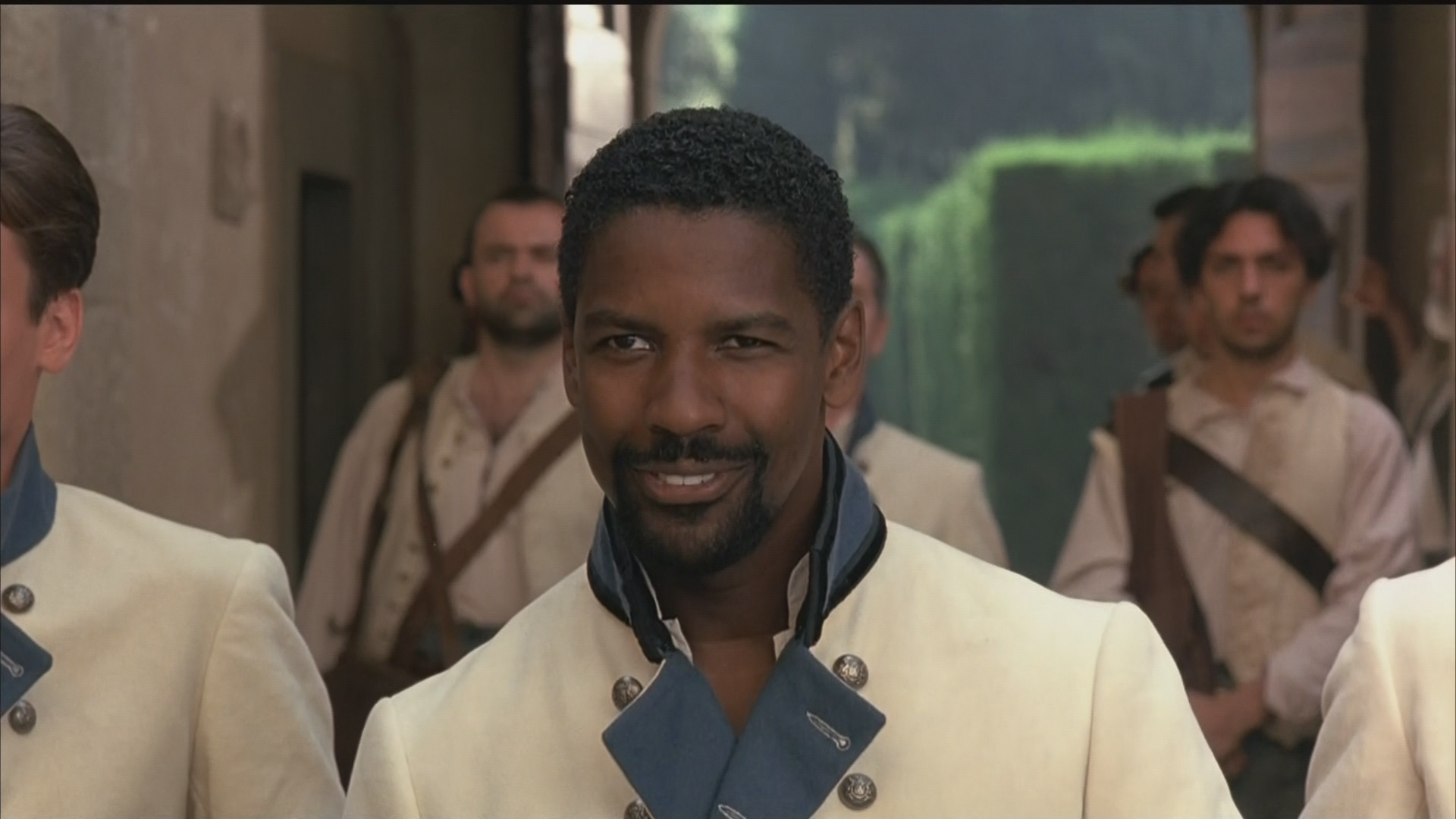 Denzel Washington in MUCH ADO ABOUT NOTHING (1993) © Renaissance Films

Our third film this month, is the Kenneth Branagh directed MUCH ADO ABOUT NOTHING, from 1993. This is obviously a fairly faithful film adaptation of the Shakespeare play, with Denzel playing the part of the noble Don Pedro.

Upon the movies release, some of the casting choices raised eyebrows, (Keanu Reeves spouting Shakespeare anyone?), but Denzel proved more than up for the challenge.

For those who might be put off by a Shakespearean film – please let me reassure you that this is one of the most easily accessible pieces of Shakespeare on film. If nothing else, you’ll want to holiday in some sunny location after watching it. But with a cat that includes Brian Blessed, Emma Thompson, Kenneth Branagh, Richard Briers, Kate Beckinsale, (making her debut), and Michael Keaton playing alongside Ben Elton.

It’s worth noting that this film has possibly the best deckchair collapsing gag ever committed to film. So there’s also that going for it too.